The phrase “punk rock” (from “punk”, meaning a beginner or novice), was originally applied to the untutored guitar-and-vocals-based rock and roll of United States bands of the mid-1960s such as The Standells, The Sonics, and The Seeds, bands that now are more often categorized as “garage rock”. The earliest known example of a rock journalist using the term was Dave Marsh who used it to describe the music of Question Mark and the Mysterians in the May 1971 issue of Creem magazine, and it was adopted by several influential rock music journalists in the early 1970s to describe 60s garage bands and more contemporary acts influenced by them. In the liner notes of the 1972 anthology album Nuggets, critic and guitarist Lenny Kaye uses the term “punk-rock” to refer to the mid-60s garage rock groups, as well as some of the darker and more primitive practitioners of 1960s psychedelic rock.

In 1977, a second wave of bands emerged, influenced by those mentioned above. Some, such as The Misfits (from New Jersey), The Exploited (from Scotland), GBH (from England) Black Flag (from Los Angeles), Stiff Little Fingers (from Northern Ireland) and Crass (from Essex) would go on to influence the move away from the original sound of punk rock, that would spawn the Hardcore subgenre. 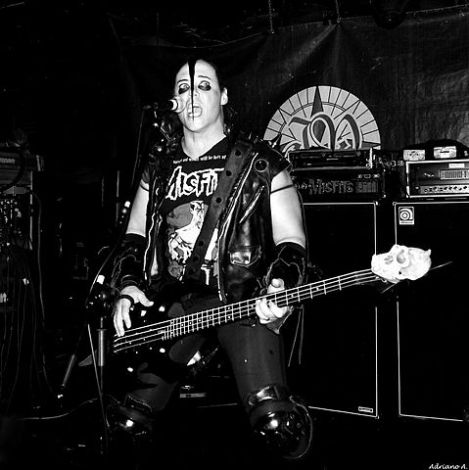 Gradually punk became more varied and less minimalist with bands such as The Clash incorporating other musical influences like reggae and rockabilly and jazz into their music. In the UK, punk interacted with the Jamaican reggae and ska subcultures. The reggae influence is evident in much of the music of The Clash and The Slits, for example. By the end of the 1970s, punk had spawned the 2 Tone ska revival movement, including bands such as The Beat (The English Beat in U.S.), The Specials, Madness and The Selecter. 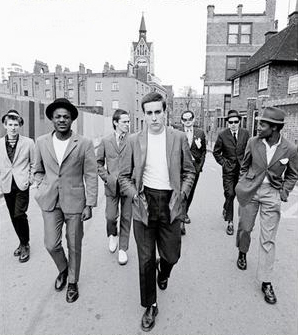 The message of punk remained subversive, counter-cultural, rebellious, and politically outspoken. Punk rock dealt with topics such as problems facing society, oppression of the lower classes, the threat of a nuclear war, or it delineated the individual’s personal problems, such as being unemployed, or having particular emotional and/or mental issues, i.e. depression. Punk rock was a message to society that all was not well and all were not equal. While it is thought that the style of punk from the 1970s had a decline in the 1980s, many subgenres branched off playing their own interpretation of punk rock. Anarcho-punk become a style in its own right. Nazi punk arose as the radical right wing of punk.

Although most the prominent bands in the genre pre-dated the 1980s by a few years, it was not until the 1980s that journalist Garry Bushell gave the subgenre “Oi!” its name, partly derived from the Cockney Rejects song “Oi! Oi! Oi!”. This movement featured bands such as Cock Sparrer, Cockney Rejects, Blitz, and Sham 69. Bands sharing the Ramones’ bubblegum pop influences formed their own brand of punk, sporting melodic songs and lyrics more often dealing with relationships and simple fun than most punk rock’s nihilism and anti-establishment stance. These bands, the founders of pop punk, included the Ramones, Buzzcocks, The Rezillos and Generation X. 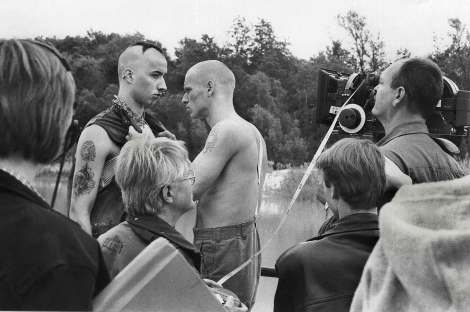 As the punk movement began to lose steam, post-punk, new wave, and no wave took up much of the media’s attention. In the UK, meanwhile, diverse post-punk bands emerged, such as Joy Division, Throbbing Gristle, Gang of Four, Siouxsie and the Banshees & Public Image Ltd, the latter two bands featuring people who were part of the original British punk rock movement.

Sometime around the beginning of the 1980s, punk underwent a renaissance as the hardcore punk subculture emerged. This subculture proved fertile in much the same way as the original punk subculture, producing several new groups. These subcultures stand alongside the older subcultures under the punk banner. The United States saw the emergence of hardcore punk, which is known for fast, aggressive beats and political lyrics. It can be argued, though, that Washington, DC was the site of hardcore punk’s first emergence.

Early hardcore bands include Dead Kennedys, Black Flag, Bad Brains, The Descendents, early Replacements and The Germs and the movement developed via Minor Threat, Minutemen and Hüsker Dü, among others. In New York, there was a large hardcore punk movement led by bands such as Agnostic Front, The Cro-Mags, Murphy’s Law, Sick of it All, and Gorilla Biscuits. Other styles emerged from this new genre including skate punk, emo and straight edge.

The underground punk movement in the United States in the 1980s produced countless bands that either evolved from a punk rock sound or claimed to apply its spirit and DIY ethics to a completely different sound. By the end of the 1980s these bands had largely eclipsed their punk forebearers and were termed alternative rock. As alternative bands like Sonic Youth and the Pixies were starting to gain larger audiences, major labels sought to capitalize on a market that had been growing underground for the past 10 years.

In 1991, Nirvana achieved huge commercial success with their album, Nevermind. Nirvana cited punk as a key influence on their music. Although they tended to label themselves as punk rock and championed many unknown punk icons (as did many other alternative rock bands), Nirvana’s music was equally akin to other forms of garage or indie rock and heavy metal that had existed for decades. Nirvana’s success kick-started the alternative rock boom that had been underway since the late 1980s, and helped define that segment of the 1990s popular music milieu. The subsequent shift in taste among listeners of rock music was chronicled in a film entitled 1991: The Year Punk Broke, which featured Nirvana, Dinosaur Jr, and Sonic Youth; Nirvana also featured in the film Hype! (U.S.CHAOS)

A new movement in the mainstream became visible in the early and mid-1990s, claiming to be a form of punk, this was characterized by the scene at 924 Gilman Street, a venue in Berkeley, California, which featured bands such as Operation Ivy, Green Day, Rancid and later bands including AFI, (though clearly not simultaneously, as Rancid included members of the defunct Operation Ivy). 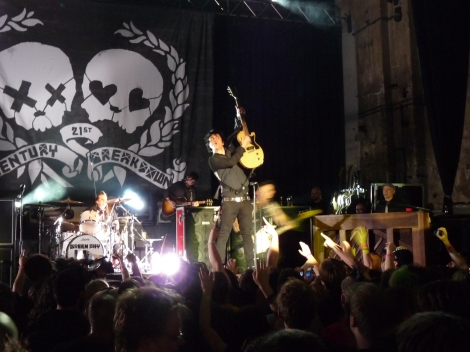 Epitaph Records, an independent record label started by Brett Gurewitz of Bad Religion, would become the home of the “skate punk” sound, characterized by bands like The Offspring, Pennywise, NOFX, and The Suicide Machines, many bands arose claiming the mantle of the ever-diverse punk genre—some playing a more accessible, pop style and achieving commercial success. The late 1990s also saw another ska punk revival. This revival continues into the 2000s with bands like Streetlight Manifesto, Reel Big Fish, and Less Than Jake.

There is still a thriving punk scene in North America, Australia, Asia and Europe. The widespread availability of the Internet and file sharing programs enables bands who would otherwise not be heard outside of their local scene to garner larger followings, and is in keeping with the DIY ethic championed by some earlier punk bands.